Documentary comics, named ‘documentaries on Paper’, are created based on non-fictional stories. Different from usual narrative forms of conventional comics, documentary comics are highly experimental and rich in content on both texts and pictorial composition. Creators have spent excessively long time collating information and interviews, depicting real stories which are rarely noticed and exploring different social issues and voices in depth.

【Book Launch Event】showcases originals and comics production processes from two Taiwanese comics artists 61Chi and Yao-ching Tseng. Meanwhile, there will be a trial reading corner with various documentary comic books. Do not miss anything out if you are a fan of comics, delicate printing products or reading!

From 16 February to 1 May, Exhibition Extension @zbfghk store will show the originals of four comics artists featured in MONSOON, representing the different aspects of documentary comics.

MONSOON series is the representative works of Slowork Publishing. Each volume invites a number of creators from the Asian region to record stories faithfully in graphic form, initiating discussions on documentary comics between creators and readers. The exhibition will display two stories about migrant workers collected in MONSOON - originals of The Ocean by 61Chi and The Runaway by Yao-ching Tseng, in addition, artists’ processes of creating comics will be reproduced and their editor’s notes and references for production will be shown, in order to bring the audience to the backstage of “documentaries on paper”.

Currently a freelancer who focuses on comics, illustration and print design, she is fond of urban themes.

She self-published her first dōjinshi the same year she graduated from high school. After releasing more than 10 volumes, she decided to create her own original works. Her inspiration comes from the trivial things and habits of her daily life, as well as her observations of the surrounding urban environment, in which she imagines her characters. In terms of technique, she integrates classical visual art into comics language. Her published works include Room (2014), Small Town, Southern Time: Zuoying & Český Krumlov (2016), and Sometimes in the City (2019). Her works have won awards in Taiwan and internationally.

61Chi uses a variety of art medium for the line drawing. With her well-constructed storyline, she guides readers through an issue which is seemingly unrelated to oneself. This story is printed on special paper to imitate the colours when lights reflect in sea. 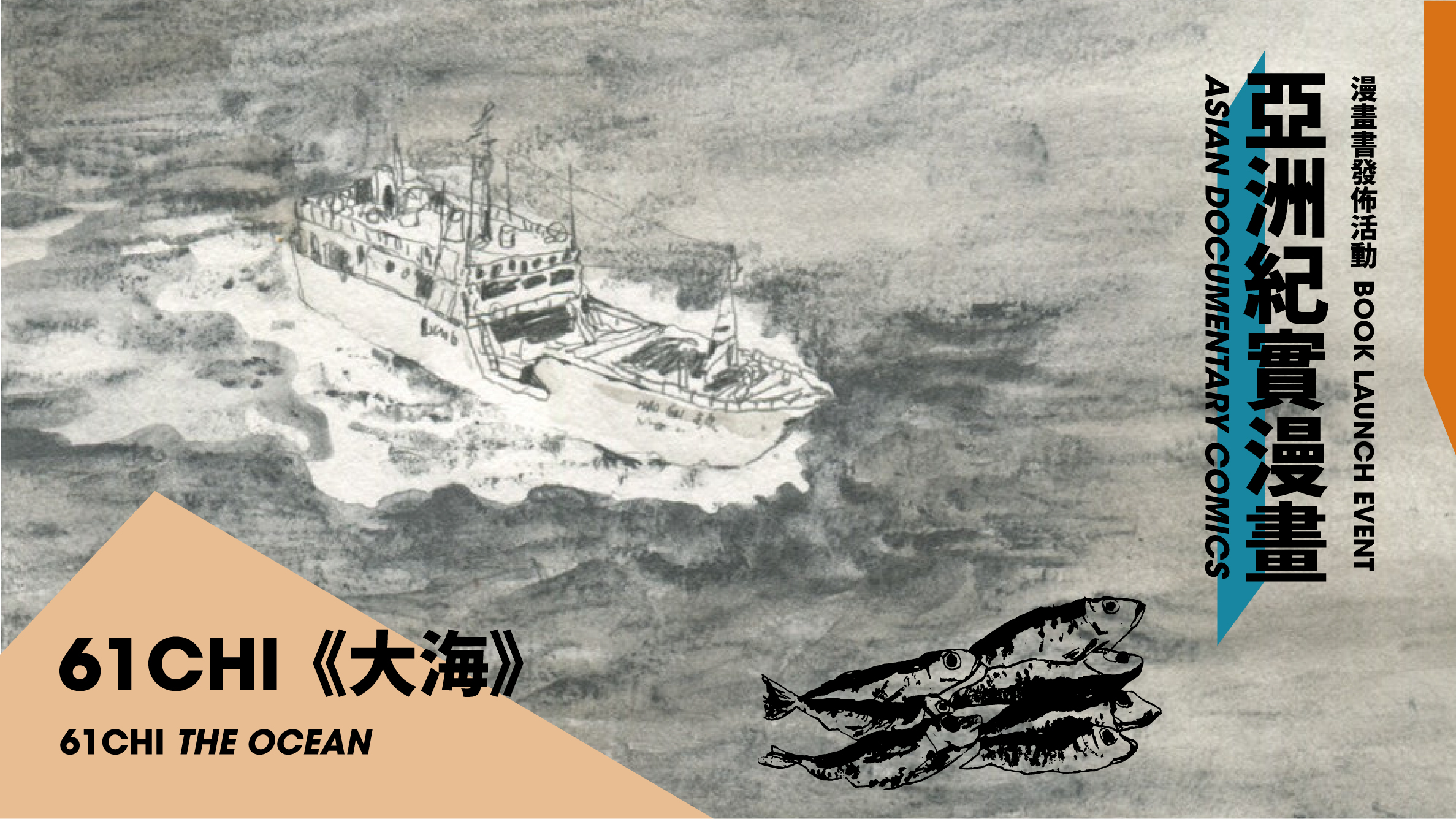 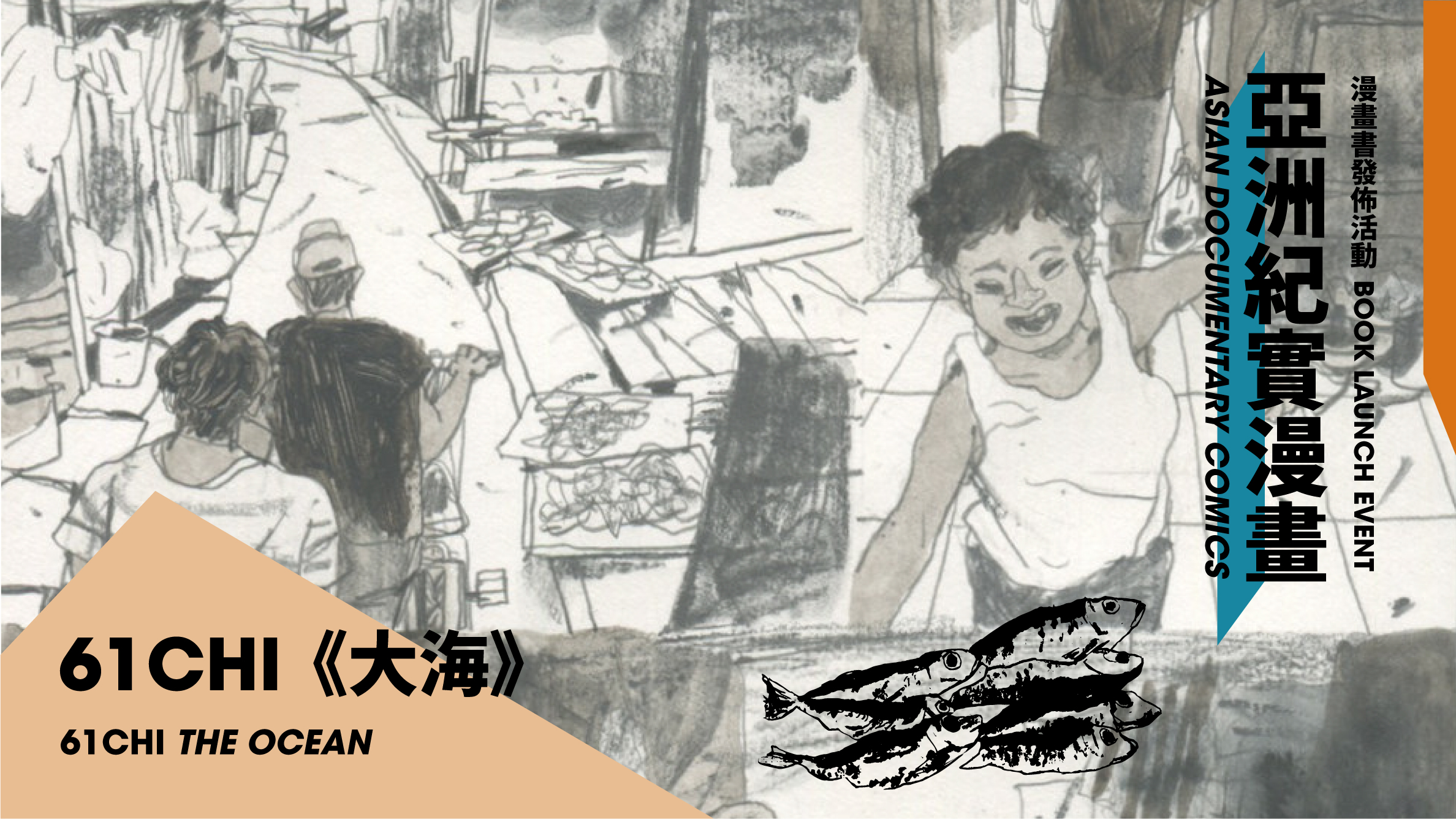 He began drawing comics in 2012 and attempted at integrating forms and narratives. The experimental comics The Daughter of Manga (2013), which explores how comics/art is created, was nominated for Best New Talent at the Golden Comic Awards. His comic works often experiment with diverse media and techniques, producing comics with innovative approaches with paper, screen and ink, etc., to interfere with the narratives and become part of the story.

His recent works revolve around the theme of ‘dreams, theatre, and mirrored worlds’, and seek to question and deconstruct the boundaries of autonomy and survival.

Yao-ching Tseng uses different art mediums to appropriately depict escaped migrant workers' inner struggles and their life situations. This story is printed on coated art paper so as to highlight the darkness and mystery on graphics and drive the atmosphere through visual impact. 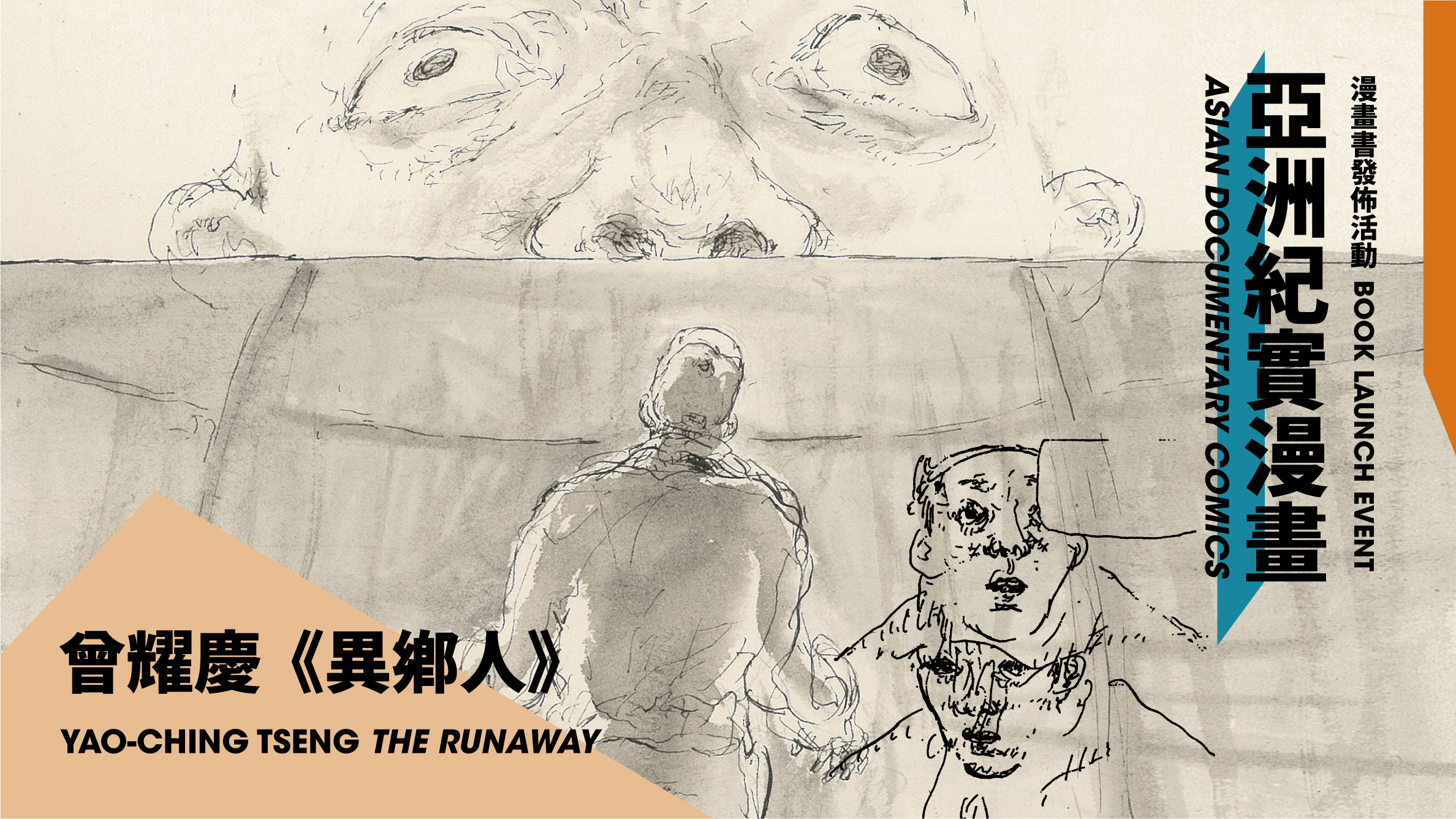 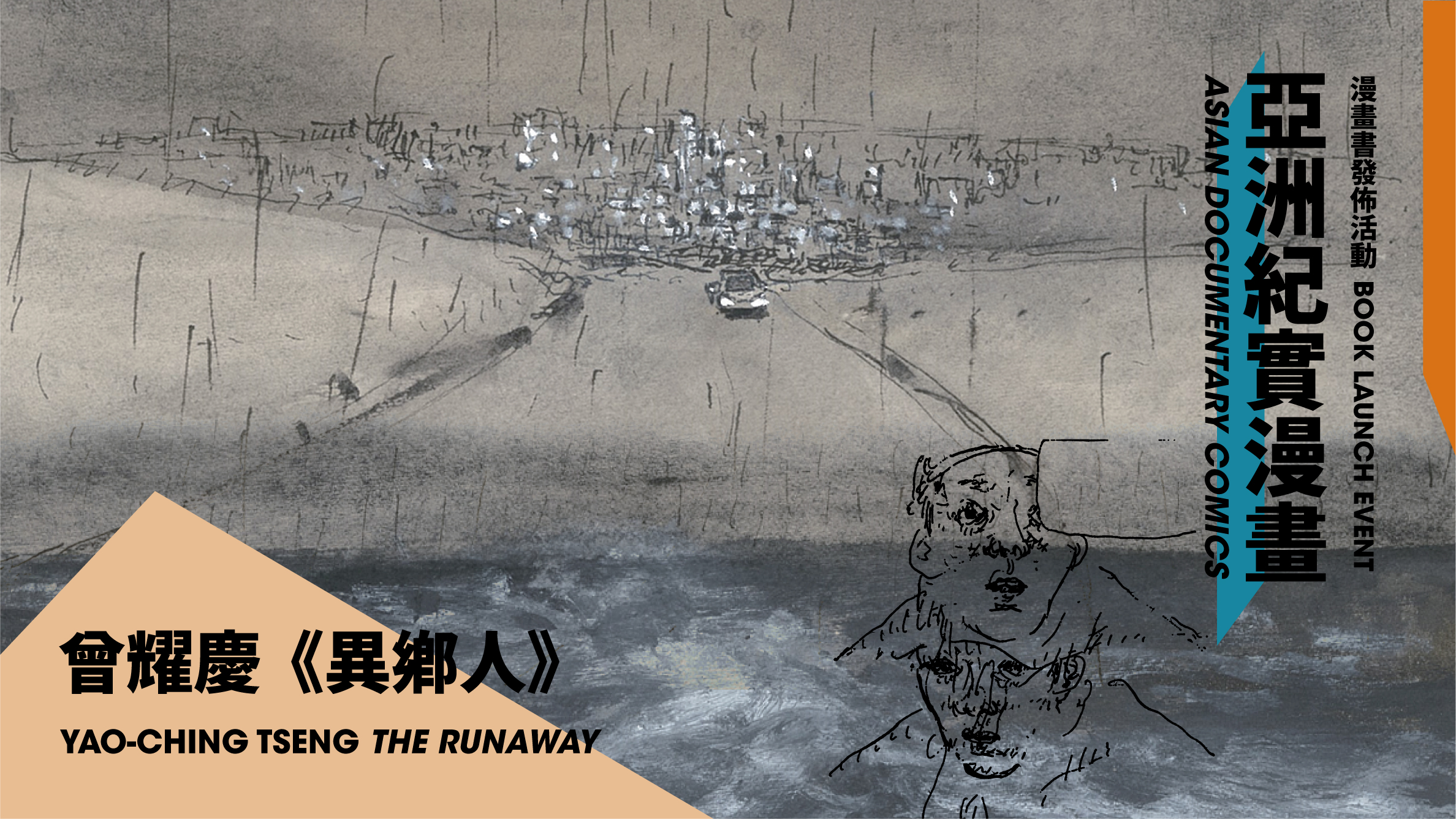 A trial reading corner is set in the exhibition to display over 10 documentary comic books in different themes.

Gathered great efforts of comics artists, editors, story protagonists, interviews, data collection, screenwriters, book design, printing technicians, documentary comic books reveal the unseen side of the world to more people by reappearing cultures, histories and lives in reality through drawings and words: 90 years of Taiwan history experienced by a senior in the cultural industry; a story with black humour happened inside and outside the asylum; the state of mind of a cancer patient’s family member; a rethink of placemaking after urbanites entering the Bunun tribe; the forgotten factory labourers under rapid economic development; a collection of family memories from the elders through oral history…

A list of documentary comic books is now available for sale at HKAC Art Shop and online shop (hkacartshop.store). Orders are welcomed! 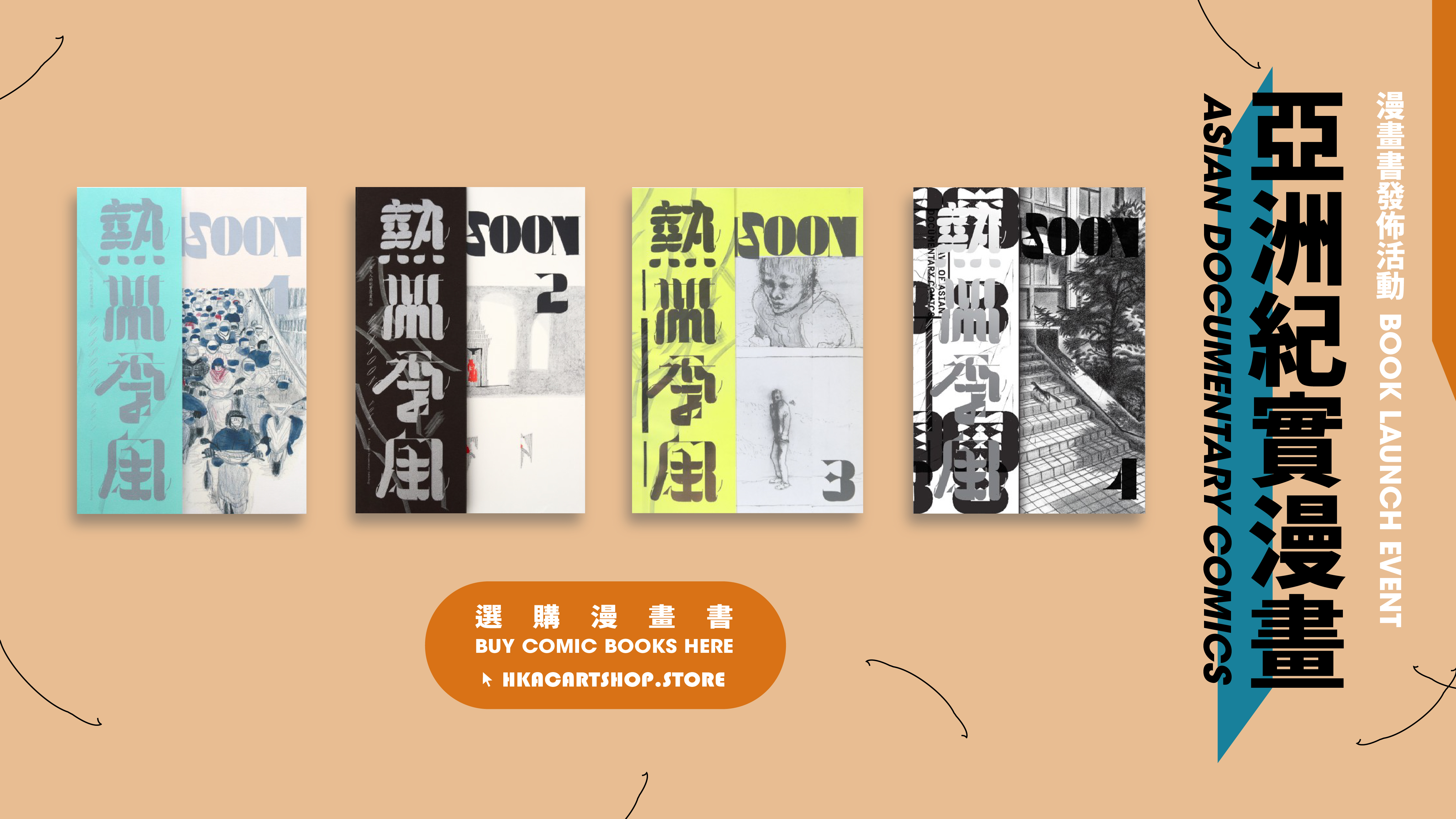 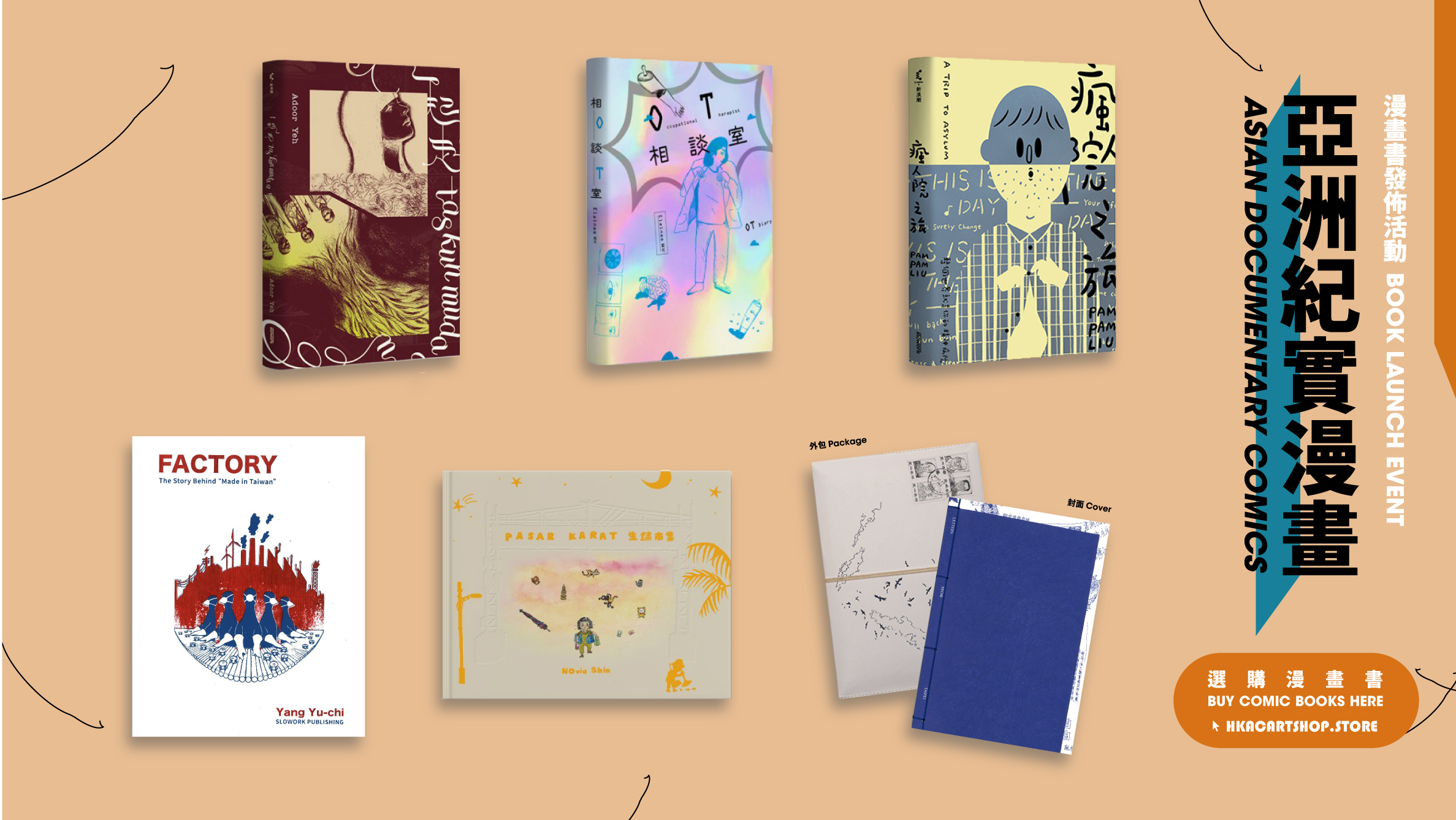 To reduce the risk of the spread of COVID-19, the presenter have implemented the following precautionary measures:-

The presenter will review the situation and adjust the measures if necessary. We appreciate your understanding.
The presenter reserves the rights of final decision on the arrangement.