Everyone can become a master as long as they are Kung Fu Fighting! – Rex KOO

As his fourth publication inspired by cinema, Rex themed the book around internationally acclaimed Hong Kong kung fu films. Protagonists in kung fu films are inspired and empowered when watching veteran’s showdown, hence are obsessed with pursuing all kinds of martial arts skills and sets; while in real life, Rex who is fascinated with kung fu films since he was young, has been practised his drawing skills for long so he can reproduce battles between kung fu masters with pen and paper. In his works, characters and actions are sharply and lively portrayed with his bold colour schemes. Rex wishes readers will never forget these action classics, no matter where and when.

I KNOW KUNG FU Exhibition features a variety of works – aside from illustrations of scenes from classic action films and portraits of martial arts stars, there are also a series of drawings of close combat and striking. In the originals and prints, visitors will see Rex portraying the posture and movement in a single frame, as well as detailed motion sequences of martial arts stunts. The exhibition also features the kung fu flip book making-of by Rex which shows the way how he ingeniously tells a story with correlated paintings, driving the narrative by flipping through consecutive frames. By hand-animating the illustrations, it creates motion and visual excitement as in those kung fu films.


I KNOW KUNG FU by Rex Koo will be available exclusively at  HKAC from 17 December 2022.

Limited only for the day: First 100 copies of the new book come with a limited edition holographic card.

Martial Club (1981) is known for its realistic martial art sequences and is one of the most representative and influential films in Chinese kung fu cinema. 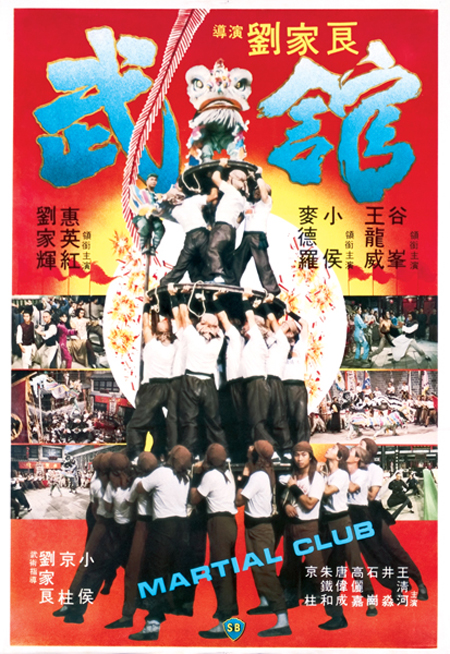 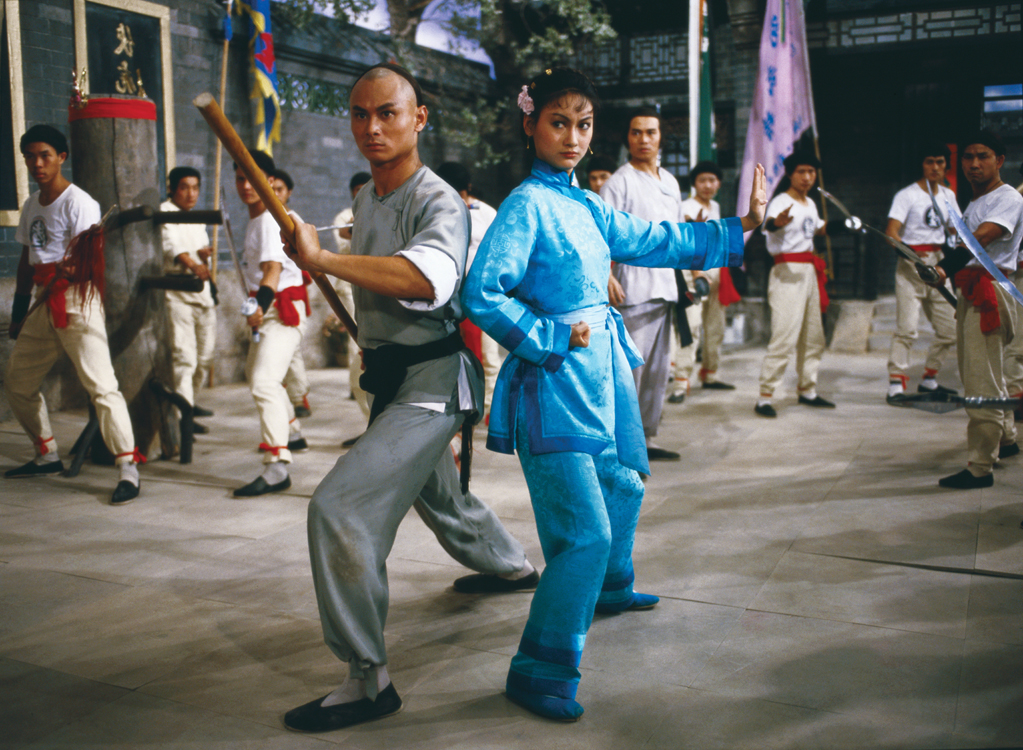 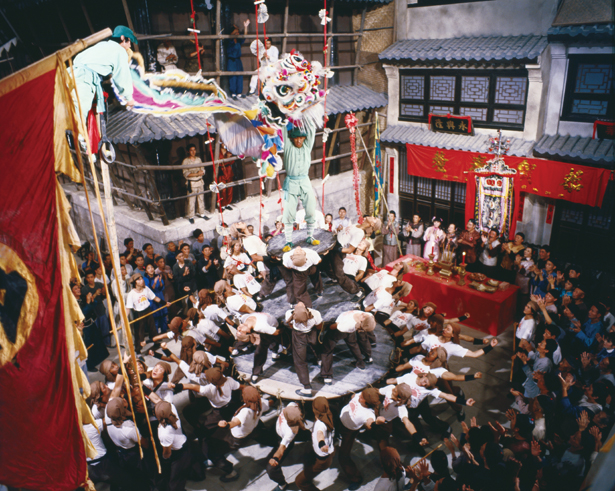 Arguably, the greatest kung-fu film director of all time is Chia-liang Liu. Unarguably the greatest kung-fu film character of all time is Fei-hung Huang. So what do you think would happen when you put these two titanic talents together? You get one of the finest “pure” kung-fu films ever made, with nary a character getting killed, but the thrills coming a mile a minute as two pugilism schools tests each other for a full hundred minutes. Following the director’s only other Fei-hung Huang film, Challenge Of The Masters, Lau returns his dynamic adoptive brother, Gordon Chia-hui Liu, to the leading role, then gives the king of screen villains, Lung-wei Wang, one of his few anti-heroic roles… just in time for a stunning climax unparalleled in its adeptness and invention.

In the dialogue between film lovers and comics and illustration artists Rex Koo and Honkaz Fung, the artist talk begins with the kung fu cast’s actions, appearances and martial arts styles, to discuss how films, comics and illustrations convey motion and power to their audience respectively, and remark on the preservation and development of Hong Kong culture.

Prize Game 1 – Make Your Own Flip!

It’s actually not difficult to create a flip book, it all starts with slow motions. Stretch time with your imagination, draw the slow-down sequence on the game paper and submit. After the exhibition, Rex will select one favourite submission for giving away an artist-signed I KNOW KUNG FU flip book hidden version original.

After checking in at the photo booth, post your posed photo to Facebook/ Instagram with the hashtag #RexKooIKNOWKUNGFU and #ComixHomeBase (If it's a private account, please send your photos via direct message to Comix Home Base

comixhomebase). After the exhibition, Rex will select three favourite submission for giving away an artist-signed limited holographic card (not for sale) each.

Rex Koo, a Hong Kong born visual artist, is enthusiastic about pop culture, particularly Hong Kong movies, since he was a child. His style is deeply influenced by pop art and the cultures in the 1980s. He has been devoting himself to graphic design and illustration works since the Millennium. In 2013, starting his career as an independent designer.  In 2015, he released his first publication, Only You Can Take Me to Get Scriptures in The West, themed on Hong Kong movie. In 2016, he followed the same theme and released Once Upon a Time– Memory of Hong Kong Cinema.  In 2017, he released his third publication Bleeding and Death are Two Different Things, a book themed with blood and death scene of Hong Kong movies.

Rex began to create comics in his spare time since 2018. After the attack from Typhoon Mangkhut, he began to conceive a fantasy story which using Hong Kong as a stage. It took about a year to complete the first episode of Strange Tales of Walled City. The book has won the Bronze Award at the 14th Japan International Manga Awards.

Art for Passion, Art for Life, Art for All

Since 1977, Hong Kong Arts Centre (HKAC) has been a platform for nurturing and supporting artists, and infusing art into everyday life. Its unique arts and educational programmes aim to make the arts accessible for all. The HKAC believes in the transformational power of art for people from all walks of life. Established over four decades ago, HKAC endeavours to bring arts to the people of Hong Kong – by presenting programmes for visual arts, performing arts, moving images and media arts, comics and animation. Other areas cover arts education, conferences, festivals, public art and community projects, all with the vision and mission of engaging and inspiring creativity in the Hong Kong community.

HKAC aspires to engage everyone in the community to become an active participant in the arts - as an enthusiast, an artist or a patron.

HKAC will continue its 45th anniversary celebrations into 2023. Let’s continue to embrace ‘Arts for Passion, Arts for Life, Arts for All’, and share the inspiration.

Hong Kong Arts Centre (HKAC) believes that comics and animation are important local pop culture and artistic creations. HKAC has been dedicated to planning and organising diverse and unique activities to promote the arts and culture of comics and animation to the local community and abroad.

Since 2006, HKAC curated Comix Home Base project (CHB), hosted over 700 ani-com-related events, such as exhibitions, talks, workshops, performances, publications, screenings, public arts, etc. Outside Hong Kong, the footprints of Hong Kong comics can be found overseas in France, Belgium, Britain, Germany, Finland, Sweden, Japan, Singapore, Mainland China, Taiwan, South Korea, etc. Through the uniquely planned programmes, several Hong Kong comics artists have got chances to initiate international collaborations in publishing their comics in foreign languages in Europe. These all made an impact on the international comics scene and help to raise the profile of Hong Kong comics internationally.

HKAC (CHB) continues to proactively look for opportunities to promote Hong Kong's diverse comics and animation arts, with the aim of increasing international recognition and awareness of Hong Kong’s comics artists and their unique works.

Headquartered in the heart of Asia, viction:ary connects creative talents and enthusiasts from all over the world through strong original concepts, intriguing graphic approaches, and innovative printing techniques.

Founded by Victor Cheung in 2001, viction workshop ltd. began as a passion project that focused on producing design publications and has since expanded its portfolio to include a broader array of themed collections, art prints, travel guides, children’s books and games under two additional brands, VICTION-VICTION and CITIx60.

Today, we are all about providing fresh perspectives, timeless inspiration, and pure visual delight for the creative and the curious through the mighty power of print.

To reduce the risk of the spread of COVID-19, the presenter has implemented the following precautionary measures:-

The presenter will review the situation and adjust the measures if necessary. We appreciate your understanding.
The presenter reserves the rights of final decision on the arrangement.