With a fiery creative mind but still hesitate to start your comics masterpiece? Comics Master Class brings you over the hurdle with our comics professional tutors.

More than drawing techniques, comics creation also requires screenwriting, story pacing, angle selection and many more skills. Bring your sketching comics to FEVER Comics Master Class, with our one-to-one tutorial to help you complete your masterpiece in three months! Moreover, learn more about how to draw a successful comic in the sharing sessions from the local comics masters. During the FEVER exchange programmes in September, overseas professionals will also comment on your comics and even match your work for publishing opportunities!

The Comics Master Class is free-of-charge yet quota is limited. Only 15 applicants shortlisted by the tutors can take part in the Master Class. Don’t miss the chance, apply and send us your work by 21st June! 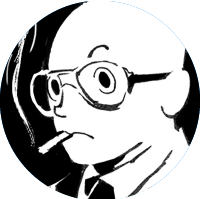 Siu-fung Mak started as a comics assistant, has been working in the creative fields of comics, illustration, and sculpture since 1991. In 1993, he travelled to Japan to study traditional hand-drawn animation. He returned to Hong Kong in 1996, working as a newspaper layout artist until he left the company in 2002. In the same year, he started a brand called United Planet, which specialised in 3-D figurine production and comics creation. In 2006, he published his solo comics collection, The Coffee Maker.

Mak started to create his hand-drawn animation, Back to Base in 2007, and with this work, he won the Gold Award in the Animation Category at the Incubator for Film and Visual Media in Asia (ifva) in 2011. Since then, Mak has devoted more of his energies to animation production. In 2014, he produced his second hand-drawn animation Disposition, with which he won, again, the Gold Award in the Animation Category at ifva in 2015, as well as the Regional Prize (Hong Kong) at the DigiCon6 ASIA Awards. In 2017, he released Cross Blade Kill. His Infidelity, produced in 2018, was shortlisted for the Best Animated Short Film Award at Taipei Golden Horse Film Festival.

Mak has adapted his comics into animations, working by his own efforts during the production process. In January 2019, he recreated his early works, published a collection of ghost stories Ashes to Ashes Not, and published the short comics collection SUPER SHOT in October. 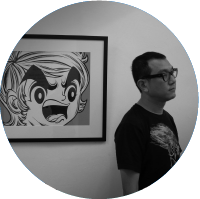 Hong Kong multimedia artist. Working in the comic industry in his early career, Fung then changed commercials and film production as director, visual effects supervisor, animation supervisor and art director. Fung is currently a board member of Film Culture Centre (Hong Kong), founding member of Cantonese Cinema Study Association of Hong Kong, and guest lecturer of the School of Film and Television, the Hong Kong Academy for Performing Arts. In 2019, Fung tutored in the Hand Drawn Animation Workshop organised by Tai Kwun. 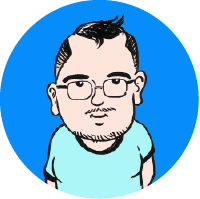 Lai Tat Tat Wing has been very fond of comics writing since he was a kid. When he was at school, he would distribute photocopies of his works to his classmates and friends. Over the past 20 or so years, he has been experimenting the form of comics. Lai Tat Tat Wing’s comics are widely distributed in Hong Kong, Taiwan, Latvia, and France. Examples of his works are Picking Up A Pig Tale, Woody Woody Wood, Three Senses of Youth, The Magic Flute, A Parading Zoo in Taiwan, Far From Frustration, Poisoning the Chicken Soup, Stand Behind the Island Line, Twinkle Twinkle Twinkle Little Star, East Wing West Wing, 2600 Years Ago, My Dog Can Draw, Horror Horror Woody’s Cube, The Pork Chops Inferno, The Meatballs Inferno and the more recent work The Cupcakes Inferno. The Pork Chop Inferno received the Silver Award at the Japan International Manga Award in 2019. Lai Tat Tat Wing has also involved himself in theatre production and casted in a number of plays, e.g. children musical called The Magic Flute Playground, and The Pork Chops Inferno Theatre. 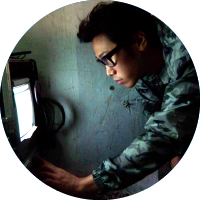 Kwok started his film career as a production assistant and art director, and later started to write and direct serval films. He made his directorial debut, The Pye-Dog, in 2007. With The Moss in 2008, he won multiple awards including the Best New Director at the Hong Kong Films Directors’ Guild and the Hong Kong Film Awards. In 2010, the film Gallants, co-directed with Clement Cheng, has received 7 nominations including the Best Screenplay and the Best Director and won for the Best Film in the 30th Hong Kong Film Awards. His films Journey to the West: Conquering the Demons, As the Light Goes Out, Full Strike, The Tales of Wukong have all received widespread acclaim.Current Selection 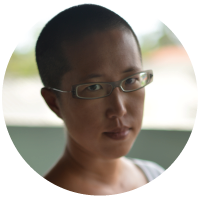 Huang graduated from Department of Theatrical Design and Technology of Taipei National University of the Arts, and studied contemporary art in Marseille, France. She started to learn about European comics and independent comics during her study abroad. She was inspired by La Revue Dessinée in France and therefore motivated her to promote documentary comics in her comics career.

Founded Slowork Publishing in 2013, Huang is the publisher, editor and printer of the publishing house. Slowork Publishing actively promotes creations by comics artists from Taiwan as well as across Asia. Its major publication series Monsoon is an anthology of non-fiction shorts from Asia Pacific. Huang has also won the Taiwan Golden Comic Awards Best Editor with Monsoon Vol. 1.

In recent years, Huang has been actively opening European markets for Taiwanese comics. She also assisted in the international comics rights and publishing for Angouleme International Comics Festival Taiwan Pavilion.

Phase 4: Students submit their works of 1 to 3 pages to the Young Comics Talents open-call (Pavillon Jeunes Talents) of the 48th Angoulême International Comics Festival scheduled for 2021.